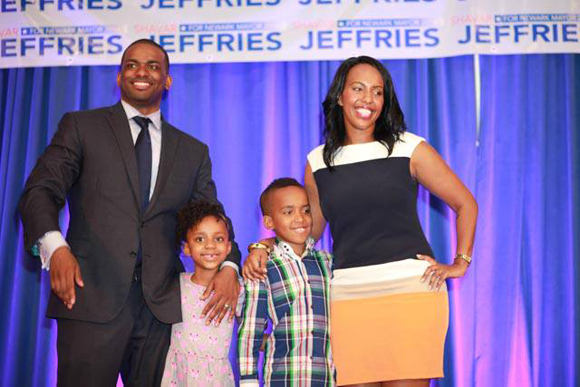 A fifth generation Newarker, Shavar Jeffries was raised by his grandmother, a public school teacher, in the city's South Ward.

Shavar attended public schools for most of his life until he received a scholarship from the Boys and Girls Club of Newark to attend Seton Hall Preparatory School in West Orange, New Jersey.

Since 2004, Shavar has been an associate professor at the Center for Social Justice at Seton Hall Law School where he and his students primarily handle pro bono cases that will improve the quality of education for all Newark children. In this capacity, Shavar has represented 30,000 children denied free tutoring services under the No Child Left Behind Act, and advocated for thousands of Newark children seeking mandated special education services. In addition to these cases, Shavar also litigates important housing, domestic violence, economic justice, and immigration suits.

In 2008, Shavar took a leave from Seton Hall Law School to serve as Assistant Attorney General and Counsel to New Jersey Attorney General Anne Milgram. In his role as the department's third most senior official, Shavar lead several of the state's largest departments, including the Juvenile Justice Commission and the Civil Rights Division. He re-launched the Civil Rights Division's Affirmative Litigation Unit, reformed the Victims of Crime Compensation office, and crafted an executive order expanding procurement opportunities for women and minority businesses. He also supported the Attorney General in implementing the state's crime plan, overseeing the team that, among other things, produced a 26% reduction in recidivism for ex-offenders.

In April 2010, Shavar was elected to the Newark Public Schools Advisory Board where he quickly emerged as a leader in expanding the number of high-quality public school options for all children. During his tenure as board president, Shavar increased the number of schools offering extended learning time from zero to over 20, and helped to open several new middle and high schools. Shavar also lead the board in joining a lawsuit that returned over $30 million to Newark after the state illegally cut the district budget, and also lead the board in filing suit to restore local control of the school system to Newark parents.

Shavar obtained his bachelor's degree from Duke University where he served as president of the Black Student Alliance and as a member of the board of trustees. From there, Shavar attended Columbia Law School where he served as managing editor of the Columbia Human Rights Law Review and clerked for the NAACP Legal Defense and Education Fund before graduating with several academic and public interest honors.

Following law school, Shavar clerked for Judge Nathaniel R. Jones of the U.S. Court of Appeals. He then worked as an associate with Wilmer Cutler & Pickering where he represented Black farmers who were denied farming loans by the federal government because of their race.

Since 2001, Shavar has been counsel at Gibbons P.C., a nationally ranked, leading law firm in New Jersey. He is a homeowner in the South Ward where he lives with his wife, Tenagne, and their two children, Kaleb and Naomi.